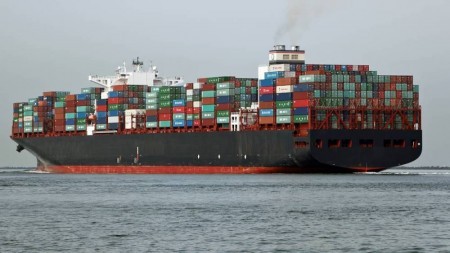 The Ocean Shipping Reform Act addresses ocean container carrier practices injuring US exporters, importers, truckers and others. It particularly focuses on unreasonable detention and demurrage charges, and carrier rejection of US export cargo. It provides the means to achieve the mandates of the President’s Executive Order on Promoting Competition in the American Economy. This bill covers containerized ocean transport between the US and foreign countries. The industry has consolidated, from over 20 major ocean carriers, to only 11 today, grouped into 3 Alliances, providing unprecedented market power, while massive volumes of imports from Asia are overwhelming the entire supply chain. Ocean carriers are imposing demurrage and detention fees, cumulatively, hundreds of millions of dollars, when they deem exporters and importers are not picking up or returning containers sufficiently quickly. However, because often such delays are not the fault of the shipper, the Federal Maritime Commission determined many of these charges to be unreasonable, promulgated the ‘Interpretive Rule on Demurrage and Detention Under the Shipping Act’, prohibiting them; but which it has been unable to enforce, carriers continue to impose them, unfairly.

Meanwhile, global demand for US exports, primarily agriculture and forest products, remains strong, even with growing competition from other source countries. Currently, ocean carriers are declining to carry US export cargo to Asia, while taking containers back to Asia empty, in order to more quickly load US-bound Asian exports, which generate higher carrier freight rates/revenue. Today, the total number of containers leaving the US is at an all-time high, but the number of those containers loaded with export cargo is lower than at any time since 2015. This is causing US ag exporters to lose approximately 22% of export sales, as they cannot ship to foreign customers affordably or dependably.