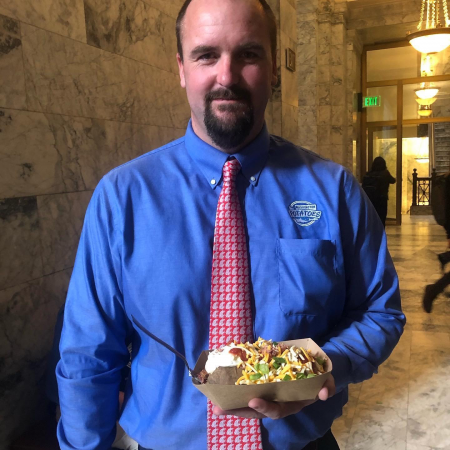 The U.S. would lose over $2.3 billion by breaching lower Snake River dams over the next 30 years, lead to significant carbon emissions that contribute to climate change, and jeopardize health, safety and livelihoods in already economically fragile local and regional economies, according to an independent evaluation commissioned by the Pacific Northwest Waterways Association. Significant additional impacts would occur due to the loss of hydropower and irrigation and was not captured in this report. Potato production has a major economic impact in our state, contributing not only $7.4 billion to the economy but also providing 36,000 jobs. Potato farmers were proud to serve over 1,700 baked potatoes allowing our growers to connect with people from each of Washington’s 49 legislative districts. Olympia Potato Day continues to be one of the most popular days during each year’s legislative session.