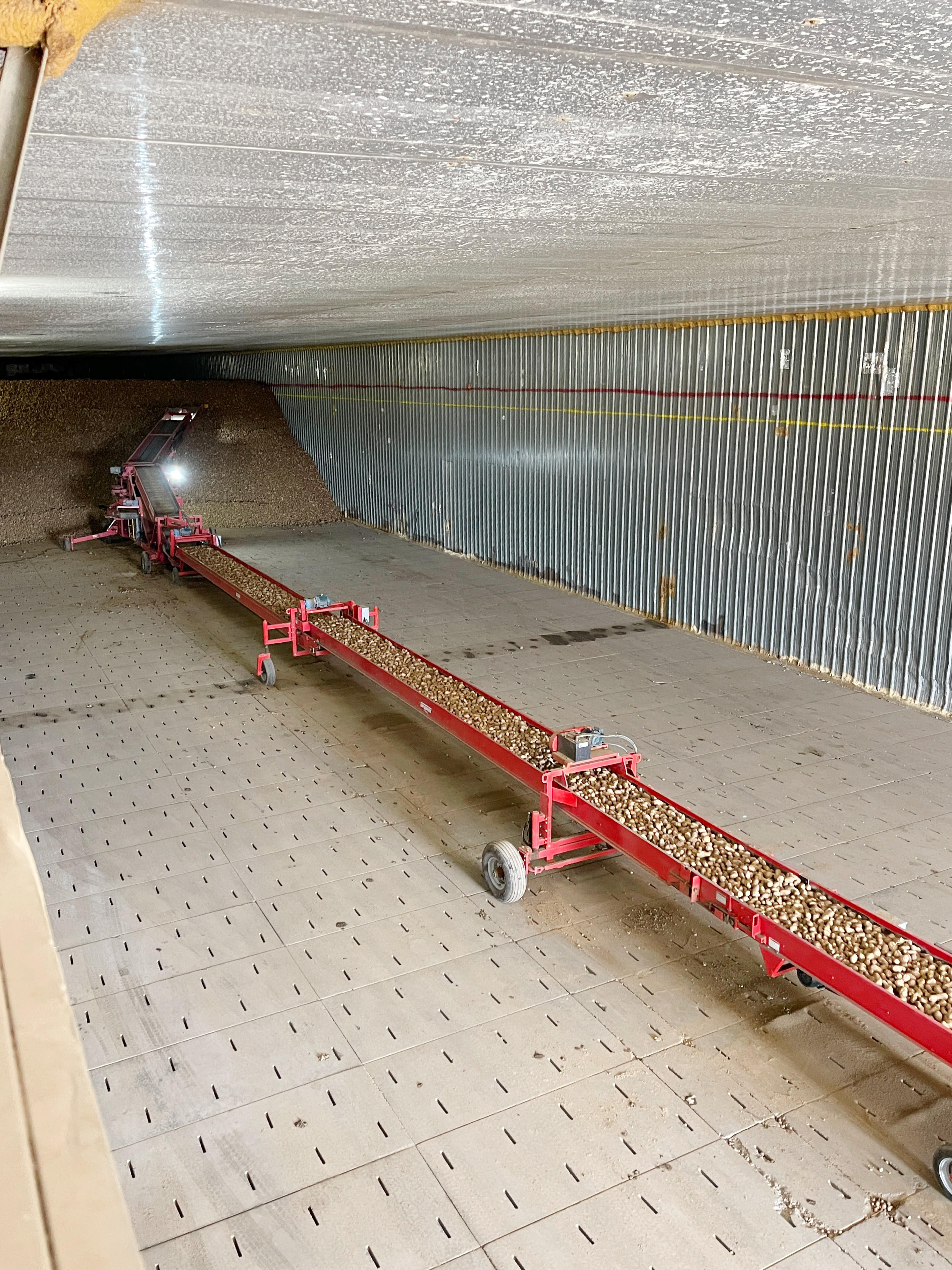 In my daily life, I am incredibly far removed from the production of the food I eat. I mainly procure my food from grocery stores or farmers markets which means that I am not generally a part of planning, planting, growing, nurturing, cultivating, or harvesting the food I eat. Because of that, visiting local farms becomes an almost sacred experience that always leaves me in awe of the process and so very grateful for the farmers who spend their lives feeding people like me.

When I recently had the opportunity to visit a local potato farm here in the great state of Washington, not only did I learn so much, but I truly grew to appreciate potatoes so much more. I also grew to appreciate the growers more, too.

I began my trip to the cute town of Quincy, Washington where I was able to tour the Quincy Valley Historical Society and Museum and learn a lot about how this quaint town came to be. We were then treated to a delicious lunch catered by This & That by Liane Sarty that included, of course, lots of potatoes! I think the potato gnocchi was my favorite, but everything was so beautifully presented and yummy. The mocktail provided by The Simple Goodness Sisters was also delicious and seriously so beautiful.

After spending time talking to local farmers around our lunch tables, we hopped on a shuttle to visit Weber Farms, a working potato farm here in Washington. And this is where the dusty, dirty, farm fun began! I am fairly confident I walked around the entire farm tour with cameras in both hands, trying to capture everything because it was all so fascinating to me!

The farming of potatoes is so interesting to me because they are grown in rows of mounds. But the growing of potatoes doesn’t actually start in a mound, it begins three years prior to that in a petri dish, inside of a greenhouse. That means that by the time the potato seeds are planted by the farmer, that potato seed has already been in the making for three whole years, whoa!

Those three-year-old potato seeds are then planted around March and harvested sometime after Labor Day, so their actual growth cycle in the ground is very short compared to their life cycle leading up to that point. After the potatoes are harvested, they can be stored for up to a year in a dark, cold storage facility. Potatoes like to be stored at 46 degrees F, in the dark, and with high humidity.

Proper potato storage is incredibly important to get right because if one potato goes bad, you can lose the whole storage facility full of them. And these storage facilities can hold up to 96 million pounds of potatoes so losing them is a big deal. We observed a storage potato stack about 20’ tall! They will be taken out of the storage facility over the following 12 months to sell and use. In Washington, most of the potatoes end up as french fries and hash browns, yum!

Not only are potatoes an important part of our diet, but they are also an important part of our economy here in Washington. Potato farms in WA provide 36,000 jobs in our state and add $7.4 billion to our state’s economy. The coolest part about potato farming in Washington is how incredibly efficient we are. Potatoes are often farmed in circles. They use a center pivot irrigation system to water which is a low-pressure system that conserves a lot of water.

They use special moisture probes to know exactly how much each field needs to be watered. Potatoes don’t need as much water to grow as many other crops, which makes them very water-efficient. In addition to that, the state of Washington grows 44% more potatoes per acre when compared with the average US potato farm! Holy cow, that’s a lot more potatoes!

One of the best things I love about potato farming in Washington is that 99% of all potato fields here are family-owned and these family-owned farms are producing 23% of all the potatoes grown in the United States. Potatoes are so good for you, too! They are packed full of nutrients like B6, thiamin, iron, magnesium, and phosphorus. The skins are full of fiber and eating a potato provides the same amount of protein as drinking 1/3 cup of milk. A potato contains more potassium than a banana, and there is about as much vitamin C in a medium-sized potato as there is in a medium-sized tangerine. However, potatoes do not contain any fat. So be sure to add a little fat (like oil) when you are cooking or consuming your potato for a more balanced snack.

I left this beautiful event with greater knowledge about where my food comes from, greater respect for potato growers here in Washington and of course, a stash of delicious, freshly grown, local potatoes that I can’t wait to dig into! 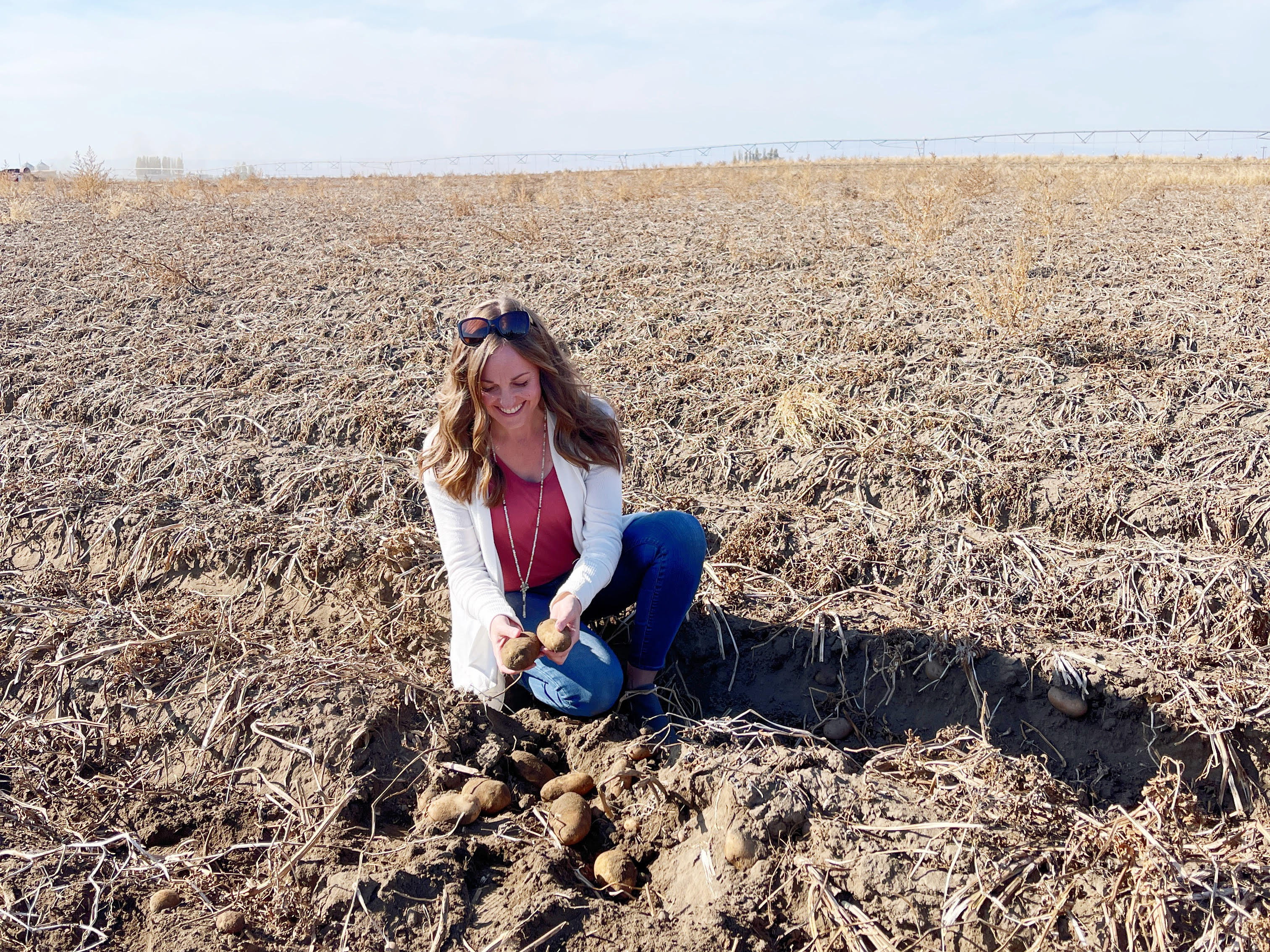 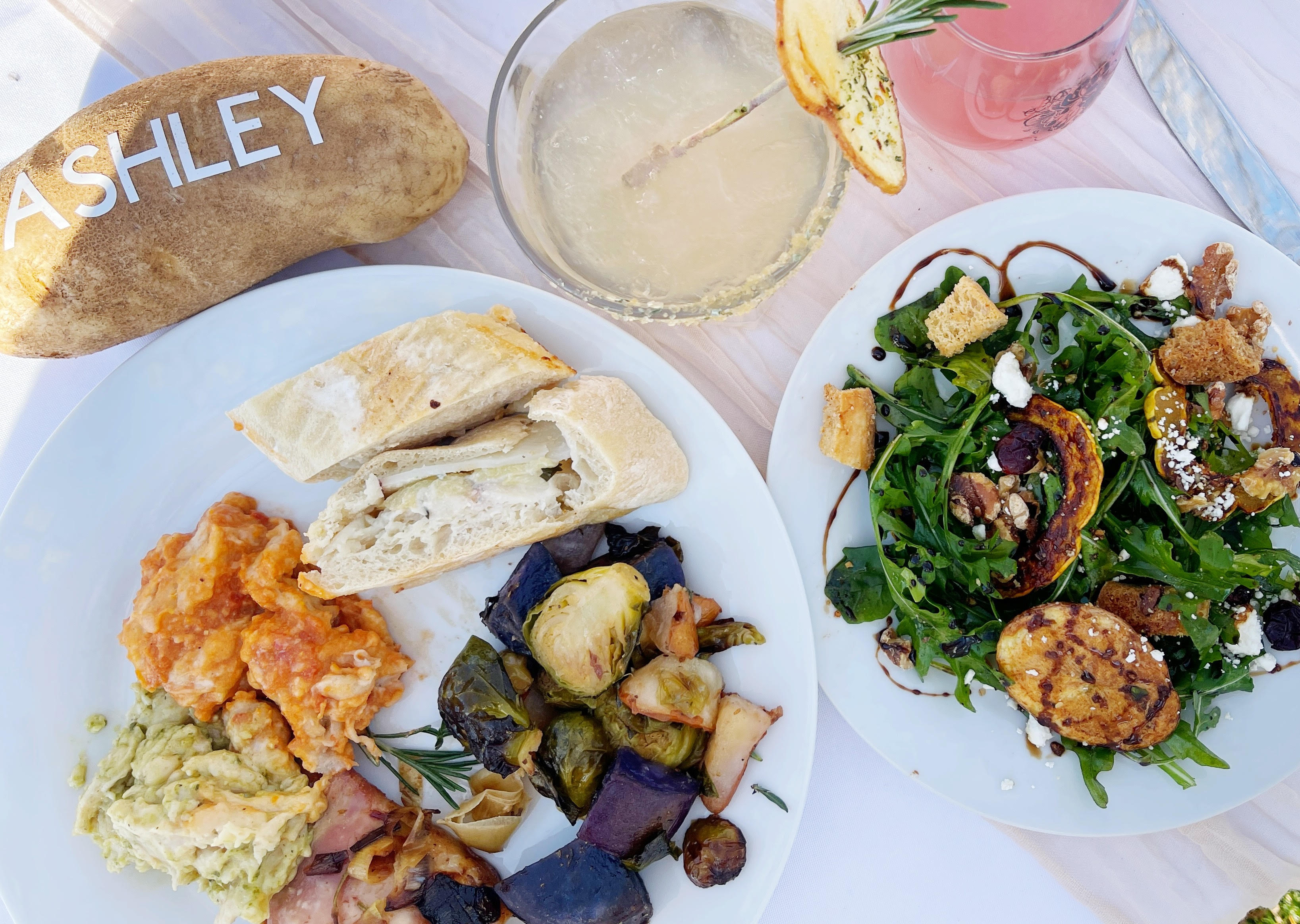 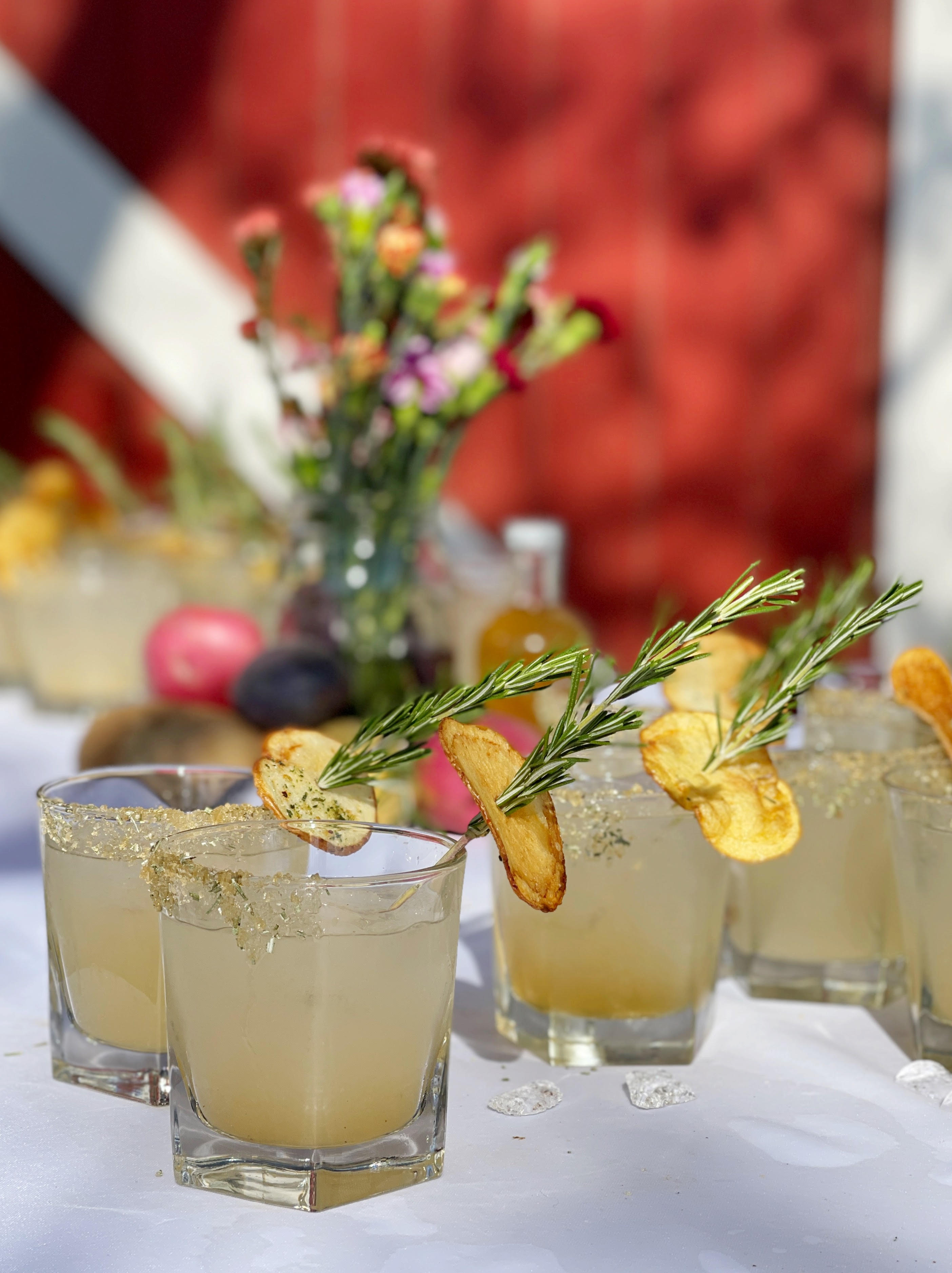 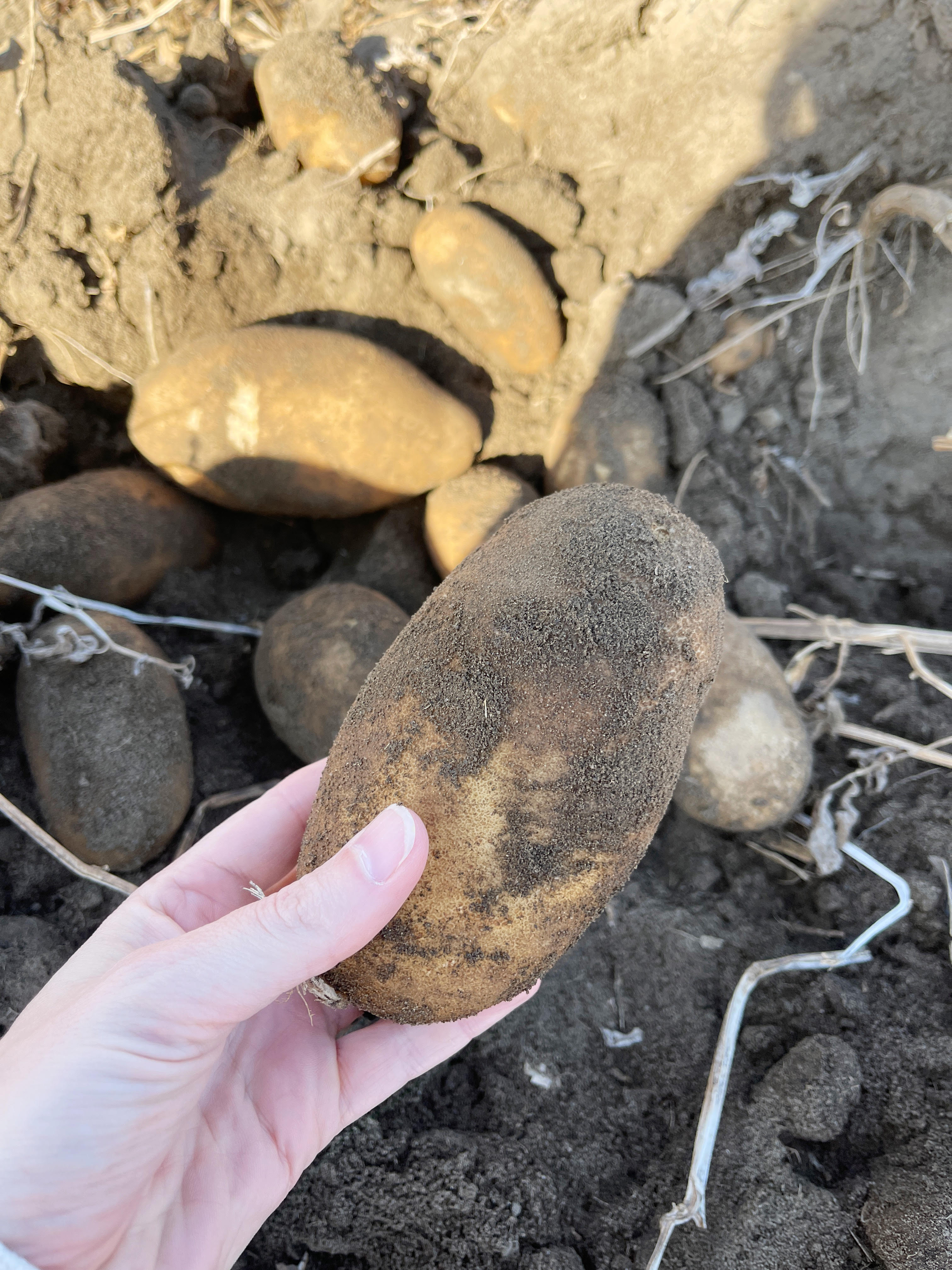 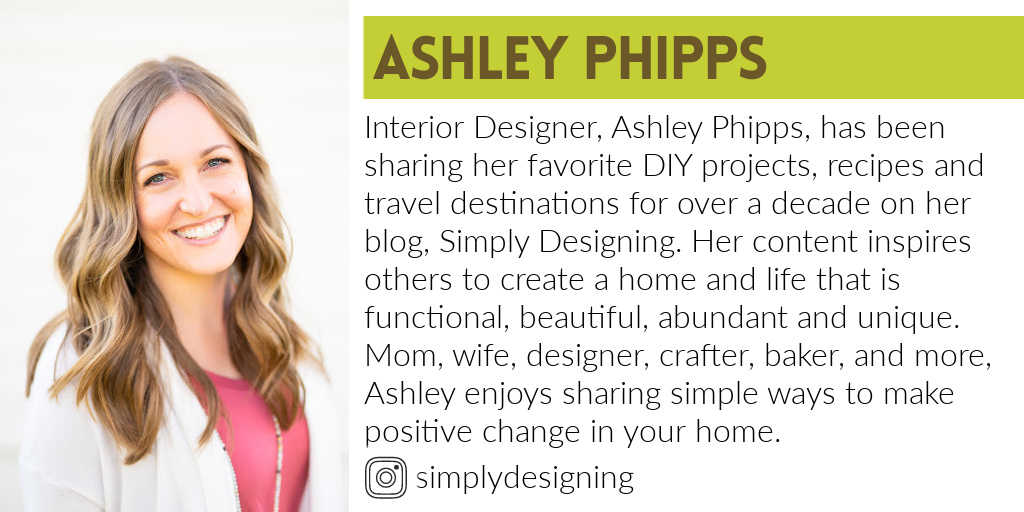